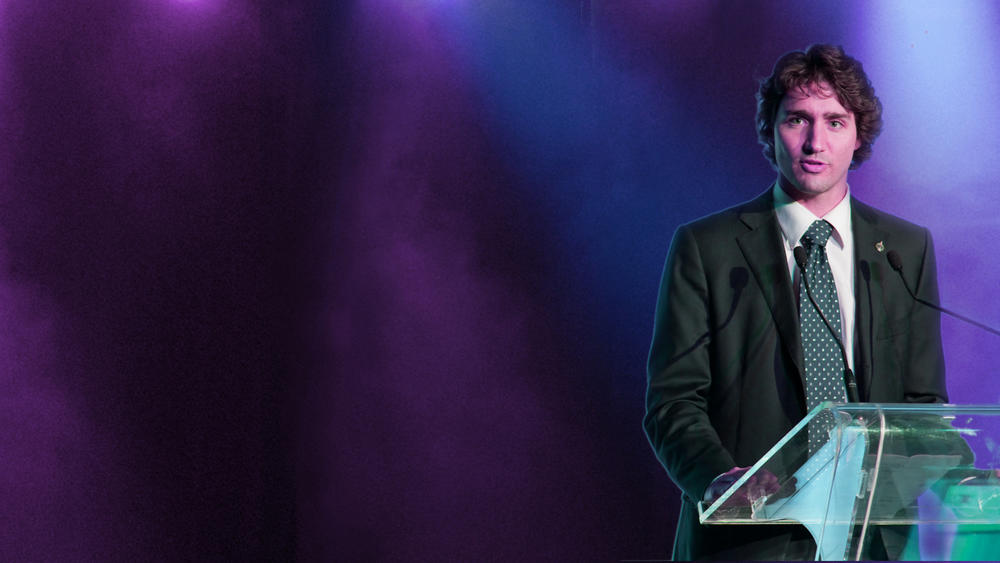 The Sicilian town of Taormina is one of the Ionian Sea’s pearls, with its history stretching deep into classical antiquity. It is said that while tyrants ruled its neighboring cities, Andromachus ruled Taormina equitably and temperately.

A few thousand years later the coastal town fittingly hosted French President Emmanuel Macron and Canadian Prime Minister Justin Trudeau at the 2017 G7 Summit. As the two set social media ablaze with their bromantic, carefully staged walk under the Sicilian sun, it was hard to fan the flaming conclusion that these centrist leaders are just, well… incredibly hot. And they know it.

In the 21st century, centrist candidates like Trudeau, Macron, and Barack Obama offer a middle ground to growing radicalism on both the left and the right. Politicians effectively doubling as male eye-candy, their aesthetic popularity appeals to our base senses and has bridged the ideological divide, broadening their electoral base and creating an overall advantage in what has been so aptly described as this century’s “global democracy malaise”.

These leaders, John F. Kennedy-esque attractive “idealists without illusions”, have advanced their politics of the centre through an aesthetic advantage that has translated into political charisma.

It may sound glib, but aesthetic appeal should not be readily dismissed in politics. Aristotle himself considered rule by a beautiful elite plausible in societies where wealth was widespread. Recent research has unsurprisingly found that physically attractive leaders have a distinct advantage at the ballot box.

Not only do voters see beautiful people as “trustworthy, intelligent, likeable, and able”, but also voters living under disease and mortality threats perceive this attractiveness as a proxy for general health.

And across Western liberal democracies, “low-information” voters tend to associate beauty with conservatism, benefitting attractive leaders looking to appeal to and include the right. In democracy’s malaise, centrists like Obama, Trudeau, and Macron therefore held a significant physical edge over their competition, dripping with the shiny privilege of cisgendered men.

Obama’s 2008 campaign and election came amidst the 2007-2008 Global Financial Crisis, considered the worst since the Great Depression. This economic contagion drummed up support for the relatively young candidate preaching a message of change.

But the Hawaiian-born Obama was also noticeably attractive. Indeed, in 2007, Joe Biden infamously described him as the “first mainstream African-American who is articulate and bright and clean and a nice-looking guy”.

Hillary Clinton recently echoed this sentiment when explaining Obama’s successes in breaking the racial barrier as someone who is a “very attractive, good-looking man”. Obama’s good looks coincided with a political positioning that many found difficult to place. Conservatives found him too liberal, and liberals often found him too conservative.

Playing politics down the centre in America’s hyper-partisan political culture was tough for Obama and his legacy. It cost Democrats control of Congress, and in 2016 Hillary Clinton lost 218 state counties to Donald Trump that previously went blue for Obama. Despite Obama’s charisma, his aesthetic veneer had been wearing off.

Elsewhere, in Canada, 2015 marked the ascendancy of political royalty in the form of Justin Trudeau, son of former Canadian Prime Minister Pierre Trudeau. Around the time of his election, visuals of the young Liberal Party leader gone boxing went viral. An instant hit, Trudeau’s glowing attractiveness offered a counter to the exacting years of the Conservative Party’s Stephen Harper.

Trudeau’s leadership within the centrist Liberal Party has since coupled with a deliberate PR strategy that takes advantage of his aesthetic popularity. From kayaking stunts, to crossover bromantics with Obama and Macron, to topless selfies with voters, Trudeau’s so-called “topless body politic” acts as a potent foil for his otherwise tepid domestic politics.

Where Obama’s aesthetic navigated and tried to appease a more conservative and less receptive electorate, Trudeau has pushed further in a global effort to sustain his political charisma by positioning himself as a “sunny antidote to the turbulent news spilling out from other parts of the world”.

Beyond Canada the rise of right-wing populists presented (and continues to present) an existential threat to liberal democracies. In France, the run-up to the 2017 election saw a surge in support for the erstwhile fringe Front National party.

But then came the arrival of Macron—a fresh-faced centrist with no previous experience in elected office. Judged by critics as “trop beau, trop jeune, trop gâté”, and without a formal policy program until a month before the election, Macron and En Marche! nevertheless pushed past both established candidates on the left and right to defeat Marine Le Pen.

Inspired by philosopher Paul Ricoeur, Macron’s project for France seems to push further still than Trudeau. With aesthetic popularity and political charisma under his wing, Macron aims to go deeper than appeasement or PR. In hiring his ministers from across the political spectrum, Macron commits to a radically centrist reconciliation of left and right towards a common vision for France.

It is too early to tell whether Macron will be successful, but he offers the latest iteration of hope for centrist politics in an increasingly polarized West. In the UK centrist Liberal Democrats gained just four seats in 2017 following its otherwise devastating decline since 2005.

Tim Farron, having recently resigned from the party’s leadership position, had previously cited Trudeau’s example as hope for the party’s future. But Farron was no Trudeau, and with the party facing the prospect of new leadership, it would only benefit to realize this.

As superficial as we humans can be, aesthetic popularity can add a crucial luster centrist parties need to compete with the clearer convictions of diverging left and right. It offers a compelling starting point for political charisma and a radical centrism around dialogue.

Yet it is not without qualification, not least because it is less clear how this dynamic may affect those other than cisgendered men, but also owing to aesthetics’ place in the unpredictable realm of pleasure and the senses. Still, logic cannot explain everything—certainly not in our political proclivities.

Obama, Trudeau, and Macron offer 21st century examples of an aesthetic populism that has benefited their centrism. It may just offer us hope for beauty in a darkening world, and for an attainment of goodness where extreme relativism is tearing it apart.