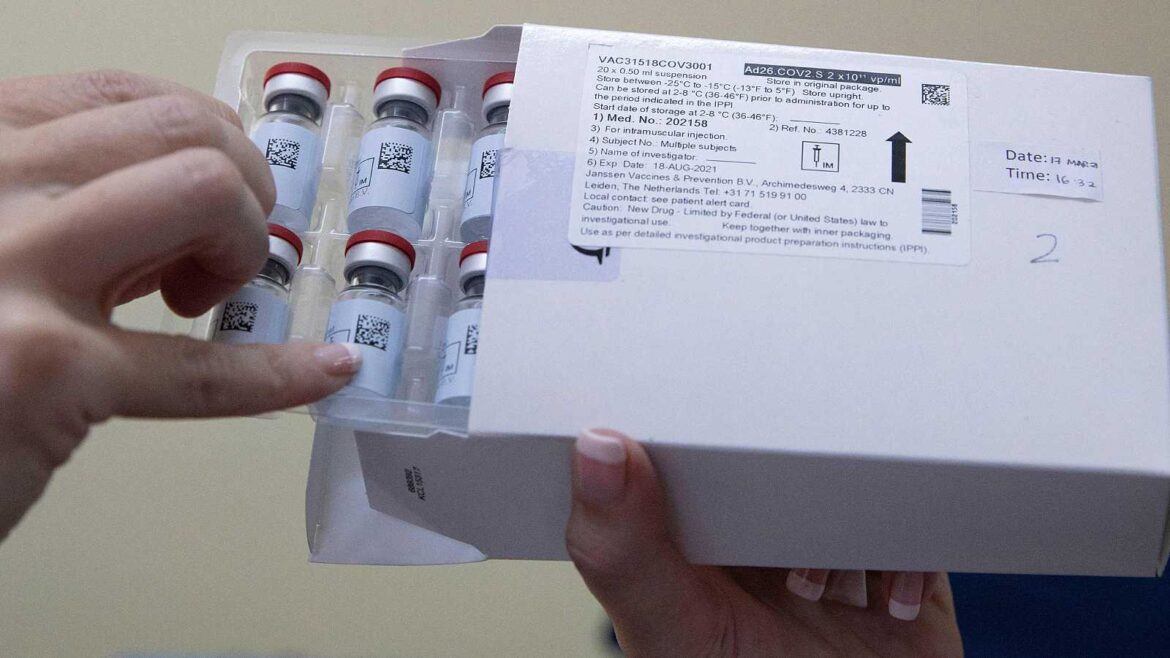 The Food and Drug Administration (FDA) has ratified and effectiveness data security Wednesday vaccine against COVID-19 of Johnson & Johnson, so the emergency authorization to incorporate the campaign American vaccination will presumably occur next Friday , when the FDA’s vaccine advisory committee is scheduled to make this decision.

The vaccine, developed by the Belgian subsidiary Janssen, has also proven its effectiveness against the South African and Brazilian variants. In the United States, it will begin to be administered practically immediately, since the Government of the country has announced that it has prepared between three and four million doses for distribution “next week.”

In the case of the European Union, the vaccine is scheduled to be evaluated by the European Medicines Agency (EMA) during the first half of March, so it will most likely become the fourth validated for marketing in the Member States, after Pfizer, Moderna and AstraZeneca. The European Commission signed an agreement with Johnson & Johnson to receive 200 million doses, an amount that could be expanded by another 200 million.

Effective in the USA, Brazil and South Africa
Clinical trials have shown that this adenovirus-based vaccine prevents 86% of severe cases in the United States, 87.6% in Brazil, and 82% in South Africa , where the variants of greatest concern are currently circulating.

At the beginning of February, Johnson & Johnson said that clinical trials indicated that its vaccine against COVID-19 has an overall effectiveness in immunizing against the disease of 66% ; 72% in tests carried out in the United States; 66% in Latin America and 64% in South Africa. Mild cases of the disease were also included here.

A single dose and conventional refrigerator
Unlike all vaccines approved so far, Janssen’s drug requires only one injection , which could greatly speed up campaigns in which it is used. In addition, it can be stored in conventional refrigerators for three months, at a temperature between 2ºC and 8ºC , something that facilitates the infrastructure necessary for its administration.

Johnson & Johnson has committed to supplying a total of 20 million doses to the United States before the end of March, and 100 million before the end of June. However, the Executive Joe Biden has already said that he is negotiating with the pharmaceutical company to “accelerate the pace” and increase the doses.

The efficacy verified by the US Food and Drug Administration (FDA) is globally “similar” for all population categories (age, ethnicity, comorbidities …), although it decreases slightly in people over 60 with comorbidities. In any case, no deaths or hospitalizations related to COVID-19 were associated among those vaccinated.

The most frequently observed side effects have been local discomfort at the injection site, headache, fatigue, and muscle pain.

Preliminary results also indicate that the vaccine could be effective in preventing contagion. (and not only against the appearance of symptoms), but these data “should be taken with caution” and still need to be confirmed, specifies the FDA.