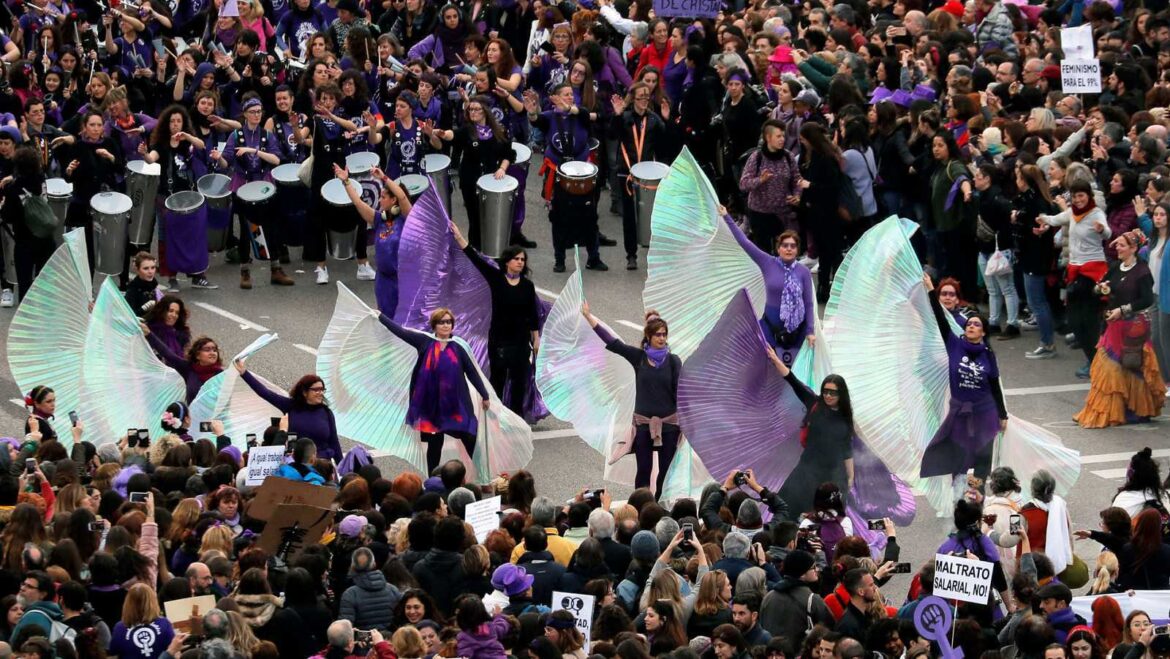 The Minister of Health, Carolina Darias, has assured this Wednesday that “there is no place” for the demonstrations for International Women’s Day, next March 8, in a pandemic situation and calls for “responsibility.”

Darias has been asked, at the press conference after the Interterritorial Health Council, about the upcoming celebrations scheduled for this day and if she would attend them, as she did last year with other women from her party and members of the Government.

“Due to the coherence of a call to responsibility that I have made, since we are still in a situation of extreme risk, there is no place,” replied the head of Health.

In his opinion, “the current” epidemiological situation “would not allow to carry out” the demonstrations that are being talked about in the media.

However, this limitation in the number of attendees does not convince either the mayor of the capital , José Luis Martínez-Almeida, or the deputy mayor, Begoña Villacís, who propose to avoid concentrations in the streets.

“We are strictly following that recommendation,” said the Government delegate in Madrid, José Manuel Franco, in an interview in Onda Madrid in which he based the criteria on what the health authorities indicate and has affirmed that all will be met. the “norms” set in order to help “preserve the health of the people of Madrid.”

At the moment, the Delegation has received and authorized “some” requests from feminist organizations to demonstrate because they are concentrations of less than 500 people who “maintain the required parameters” in the health situation, Franco said.

“Those that we have received so far have not been prohibited because they maintain the parameters required right now in this pandemic situation” regarding the measures “that they undertake to adopt”, such as social distance, “and also, most importantly, they are demonstrations of less than 500 people “, has influenced.

Discrepancies between the City Council and the regional government
The mayor of Madrid has been in disagreement with the idea of ​​allowing demonstrations of less than 500 people and has advocated avoiding the concentrations in the streets due to “how difficult” it would be to control the attendees and not to transmit messages from the institutions misunderstandings “in the current situation.

“We all know, first, how difficult it is to control 500 people and the number of people. Second, we all know that safety distances are not maintained , and thirdly, we all know that crowds can be a factor in transmission of risk, “said Almeida, who is committed to proposing another way to celebrate 8M that is not through” concentrations in the streets. “