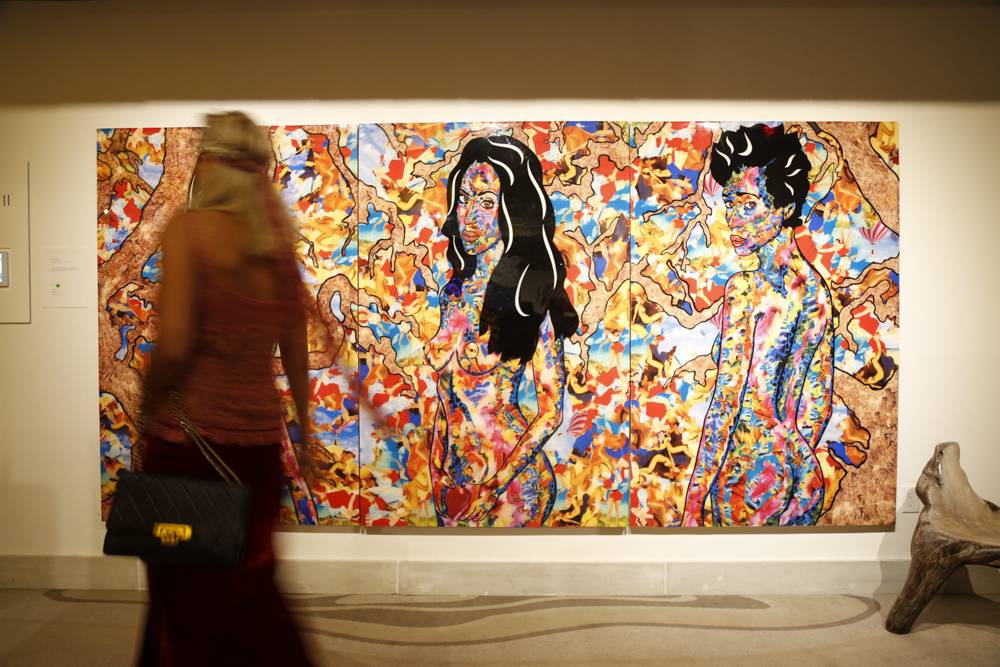 During his childhood, when he woke up in the morning first picture that Daniel Lind-Ramos saw was the same his grandmother sewing in one corner of the room, his mother knitting in another corner his uncle carving masks and on the balcony another guy working in the cabinetmaking.

His home in the Colobo sector in city, was practically a workshop, where he was allowed to paint on cardboard walls For this reason dedicating himself to art was something that for the outstanding artist was born organically.

By the 1960 Lind-Ramos says, there was no electricity service at her parents home news came through the now defunct newspaper.

As he recalls, the newspaper held a drawing contest for children, in which he participated and won the first prize which consisted of with the drawing entitled inspired by the workers he saw in the cane field since his little school.

I just won a scholarship, the great scholarship in the West, and I said, ‘Hey, all my life I’ve been doing whatever I want and winning prizes.’

Then I remembered that award (from the newspaper) says the 68-year-old artist, who last month was with the prestigious Mac Arthur scholarship along with a select group that includes scientists, filmmakers, historians, choreographers and writers which offers a stimulus of $ 625,000 to give continuity to its projects.

The arts traced the path of the renowned artist, who after graduating from the University of Puerto Rico in 1975 and completing a master’s degree at New York University.

I’m going to get away from painting, which is already a well-known medium, I’m going with materials that speak of that experience.’ That’s where assembly comes in, ”recalls the professor at the University of Puerto Rico, about his process of evolution towards the technique that consists of the incorporation of everyday objects in the creation of works of art.