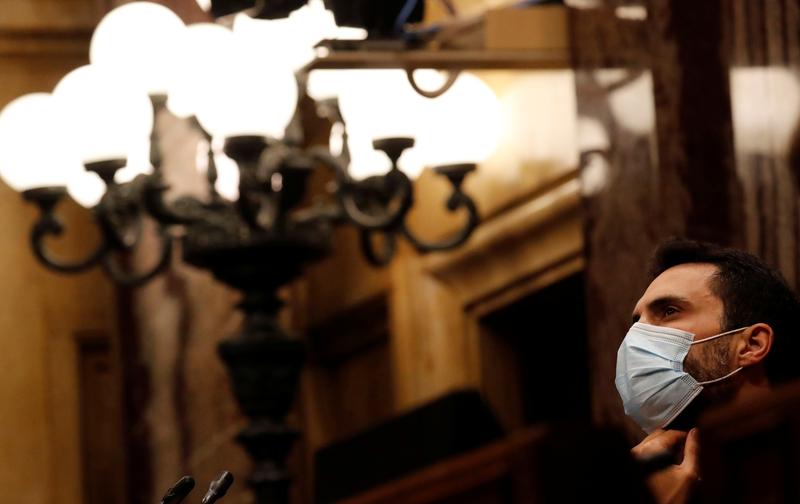 The High Court of Catalonia holds the elections on February 14 in a precautionary manner. Suspends the Government decree that annulled the call and delayed the holding of elections for the pandemic to May.

The Catalan elections will be in three weeks. The Contentious Chamber of the Superior Court of Justice of Catalonia (TSJC) has decided to keep the decree of electoral convocation of February 14, after deliberating on the appeals filed against the decree of the Generalitat that suspended the call for this date and fixed a new one for the end of May due to the situation of the coronavirus pandemic .

After studying the allegations of two political groups and one individual, as well as the writings of the Generalitat and the Prosecutor’s Office, the Court has decided to maintain the suspension of the Government decree. In this way, the date of February 14, 2021 for the holding of elections is kept as a precaution while the appeal is processed.

For reasons of urgency, it shortens the processing of the claim and gives the parties four days instead of the eight established by law to present their arguments, in order to have a sentence before February 8. At that time, there will be six days left for the elections and the electoral campaign will have developed almost completely.

The Court will soon announce the reasons for maintaining the elections in February and suspending the date of May 30 decreed by the Government last week. Once they are known, the Generalitat could prepare a new decree with a different date, but adjusted to the appropriate legal criteria for the electoral call. The legal advisors of the Catalan government and warned of the gaps was the suspension of the elections.

Spain registers a new record of infections in 24 hours with 41,576 and the accumulated incidence continues to rise to 736. The Generalitat has reacted badly to the judicial decision and has used the usual artillery of the independentistas against the judges to exonerate itself of any responsibility.

The vice president of the Government and candidate of ERC, Pere Aragonès , and the counselor of the Presidency, Meritxell Budó , have accused the TSJC of committing an “irresponsibility” in maintaining the electoral date of 14-F, and of “putting at risk” the electorate health.

Aragonès considers that it is a new “attempt to condition Catalan politics and leave it in the hands of the Justice” -reference to the actions of the courts before the sovereign process-, in addition to “an irresponsibility that makes many citizens are forced to choose between the right to vote or the right to health “.