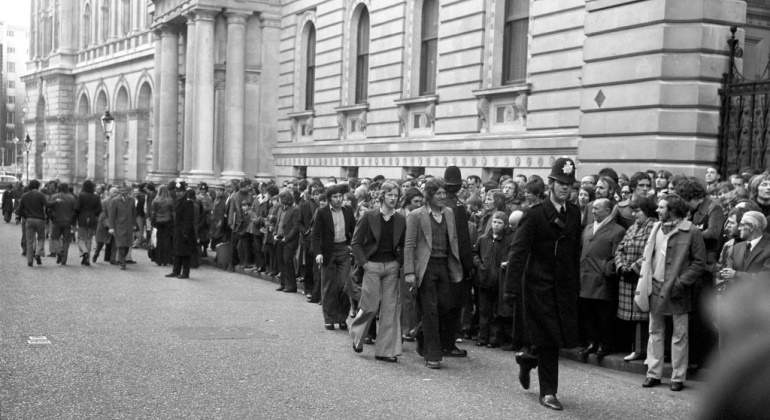 History does not always repeat itself, but it tends to rhyme. Precisely when it is said that the specter of stagflation has threatened to return since the 1970s, the energy crisis that is doing so much damage to Europe is reminiscent of what happened in the United Kingdom at the same time. With electricity and natural gas prices at all-time highs , some Britons will not have forgotten what happened between 1973 and 1974, when problems around the coal sector prompted the government to introduce the ‘three-day week’ to ration consumption electric .

In the early 1970s, the main source of energy in the UK was coal. This was accompanied by the strategic importance of the mining sector and the relative power and influence of the miners in terms of employment. With inflation rampant – the world oil crisis was scratching – the miners’ unions began to demand wage increases so as not to lose purchasing power. The refusal of the then conservative government to the required percentages aggravated the shock, staggering the supply of coal.

Although in a union vote held in November 1973 the strike proposal did not go ahead – in 1972 the demands of the miners ended in violent episodes – a ban on overtime was applied with the aim of reducing production by half. . This action hurt the coal industry.

Fearing that the reserves began to run out, the Executive led by the conservative Edward Heath announced on December 13, 1973 a package of measures to reduce electricity consumption, highlighting among them the ‘ Three-Day Work Order’ , which came into effect at midnight on December 31st. The norm contemplated that, as of January 1, 1974 , the electricity consumption of the commercial activity be limited to three consecutive days determined per week, prohibiting the merchants to open more hours on those days.

Although those considered essential services (hospitals, supermarkets or newspaper printers) were exempted, television networks had to stop broadcasting at 10:30 p.m. to reduce energy consumption. Bars and pubs were the establishments that noticed it the most, as they were forced to close. The restrictions would be lifted on March 7, 1974.

The impact on public opinion was notorious, while the issue became a struggle between the miners and the government, although without a conflict in the streets like the one seen in 1972. Now that Boris Johnson’s government has been seen to command For the military to drive trucks with gasoline to service stations due to a shortage of drivers, at that time the military was encouraged to transport coal and serve power plants. The main union representative of the miners exclaimed: “You cannot dig coal with bayonets!”

Prime Minister Edward Heath addresses the nation before the February 1974 elections. Photo: Getty
In the midst of this situation, Heath called the general elections for February 74 rhetorically asking the voters in the campaign who ruled the United Kingdom: if the Executive or the miners. On those days precisely the miners did approve the strike. The elections left what is known as a hung parliament or ‘hanging parliament’, with Conservatives with a majority of votes and Labor with more seats in the House of Commons. Eventually, Labor Harold Wilson returned to power with a minority government and lifted the ‘three-day week’ by quickly raising the miners’ pay. In October there were new elections and Labor strengthened its majority.

Saving the distances with the present, some find parallels. “With the low supply of gas in Europe, gas prices have risen considerably. This should dampen demand, particularly for electricity, by changing the behavior of energy consumers. It may also spark a 21st century version of the three-day week, “says Paul Donovan, chief economist at UBS Global Wealth Management, in a recent weekly commentary.

“Offices are economically and environmentally inefficient. The typical office table was busy 24 hours a week before the pandemic, but the lights were left on and the office was heated for much longer. In full lockdown in the UK and Europe electricity consumption fell by more than 10%. When regulations were lifted, new work habits kept electricity consumption 5-10% lower for much of 2020, “continues Donovan .

Faced with the prospect of a difficult winter if temperatures drop too low with prices at highs, will work habits change? “In the service sector, hybrid work means that, at the moment, many people visit the office only two or three days a week. Rising electricity prices could cause more people to work from home during longer in winter , which would reduce the demand for electricity a bit, “says Donovan. Everyone to look at the thermometer.