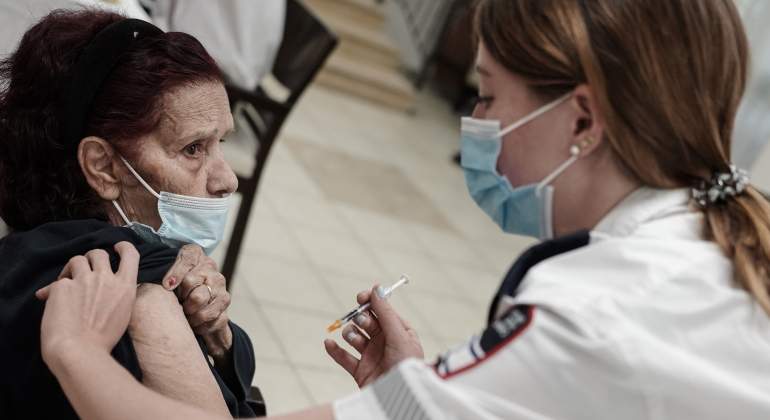 While developed countries continue the race to increase the rate of vaccination, Israel has been one of the pioneers in administering a third dose with Pfizer for months . Of course, only in small population groups, the Government of Tel Aviv has recognized in a last report good news about its decision.

The health crisis caused by Covid-19 has highlighted Israel’s considerable scientific level. Always leading as one of the countries with the greatest progress on the field in regards to the pandemic, this time the government authorities have once again confirmed that their investigations are on the right track.

And the fact is that a latest study has shown that the third dose of the Pfizer-BioNTech vaccine could be very effective, achieving even greater immunity than what was achieved with the first two doses. A fact that developed countries are questioning, although it is gaining strength that in all of them there will have to be a third “puncture” , as Israel has been doing for months and has already been confirmed, among others, by the United States.

A third dose applied to immunosuppressed patients under 65 years of age has achieved a 43% higher capacity to generate antibodies than the second “prick”. This is how the samples obtained in the last month from almost 250 people catalog it, which have only reaffirmed the Israeli decision.

The data validate the Israeli bet to apply a third dose to those over 50 years of age
Furthermore, with regard to organ transplant patients, only 25% achieved sufficient antibodies under the first and second doses, while 50% achieved it with the third . For its part, in the general population under 65, there was a response rate of 70% compared to a response rate of 27% after the second injection.

All this has prompted the Israeli Government to approve last week the inoculation of a third dose of the vaccine to those over 50 years of age and health workers . “The third vaccine from 50 years and for medical personnel is effective and correct,” said the Prime Minister, Naftali Bennet, in a clear example of achieving greater immunity against the rebound in cases due to the Delta variant.