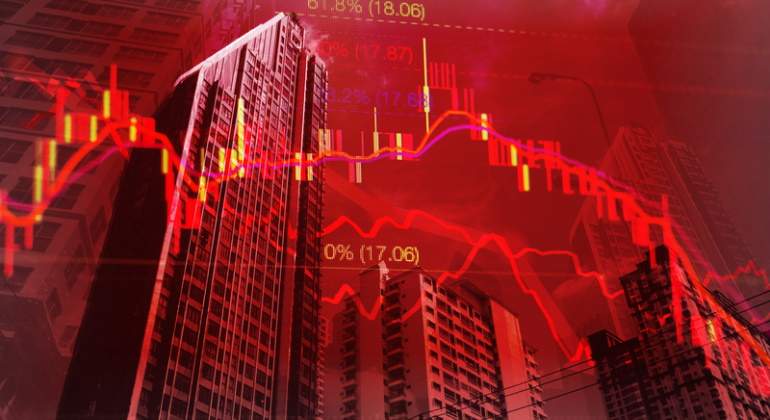 If precisely these days some analysts have distanced themselves from the consensus arguing that August does not have to be a bad month for the markets , others are beginning to fear that September is.

Crouched after the quintessential summer month, the return to ‘normal’ after the holidays can bring unpleasant surprises to be aware of despite not having a great catalyst on the horizon to justify these fears.

To unravel this theory, the first thing is to look at the results of the companies. It seems clear that as earnings rise, so do stock prices .

That idea, a priori quite obvious, is confirmed in the graph below, which shows how, with a lag of three quarters, corporate earnings have more or less advanced share prices. It’s another way of saying that the stock market has done a good job of discounting future earnings.

Moved to today, while companies have been doing well in the second quarter (85% of S&P 500 companies have beaten earnings estimates), the question the markets are really grappling with is how optimistic they are. prospects for 2022.

To answer that question, MarketWatch has contacted Tobias Levkovich, head of US equity strategy at Citi, who says there is an almost “palpable” feeling that every 1% drop is a buying opportunity. “We are not so convinced,” he clarifies.

“Fund managers fully recognize that the pace of earnings expansion will fall, but most fear more relative and positive performance issues than a double-digit decline at this time, although they prefer a tilt toward higher quality portfolios.” , Add.

The good cannot last forever . Levkovich maintains his price target of 4,000 for the S&P 500 at the end of the year, which means he believes the market may fall 10% . And it has a specific month in mind in which it could, if not crumble, at least become unstable: September.

Catalysts no, worries yes
“The shortage of immediate catalysts for a pullback is frequently cited, although we are concerned that higher taxes , cost pressures affecting profitability, phasing out stimulus and more persistent inflation will join in September ( usually the most difficult month for the S&P 500), “he says.

All of these concerns have been reflected in recent days, as Congress debates how to fund infrastructure spending, Clorox has joined with other consumer staples companies to warn that inflation is affecting demand as well as its own. costs and Federal Reserve Governor Christopher Waller has said tapering could begin as early as October.

Along the same lines, Fed Vice President Richard Clarida said on Wednesday that the necessary conditions to raise rates will have been met by the end of 2022 . A few hours later, the president of the San Francisco Fed, Mary Daly , indicated that she sees likely that they can start tapering towards the end of this year or the beginning of next.