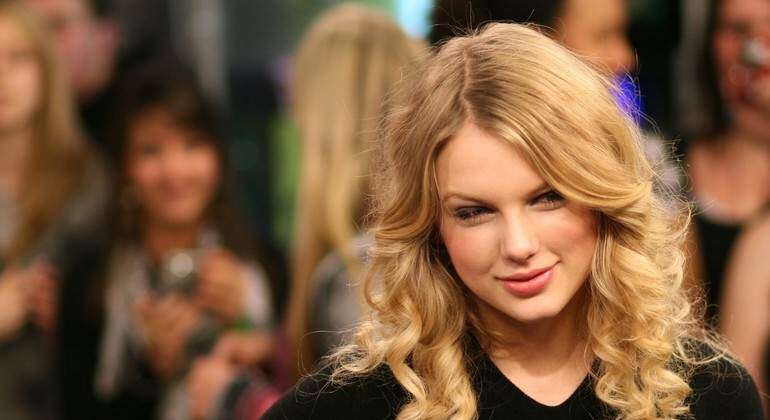 The paradigm of the music industry has completely changed during the pandemic. Profits are no longer obtained from the same places as in times past. The emergence of streaming channels and social networks has generated a new business concept where concerts have been devalued in favor of reproductions on these platforms.

Despite this, live shows remain the fundamental pillar of the industry. However, this boom in monetization in streaming channels has allowed that, during a stage in which artists have not been able to sing live, huge amounts of income continue to arrive. . However, not all artists have been able to take advantage of this situation in the same way. According to Billboard’s Money Makers list, there are ten musicians who have profited from their business better than the rest of the group.

1. Taylor Swift: $ 23.8 million
Taylor Swift has been in the spotlight on the music scene for the past few years. His energetic dispute with his ex-manager for control of the rights to his songs and the subsequent re-recording of his entire catalog has allowed him to occupy dozens of covers in major media.

This could be the reason for her sudden boom in the industry, since she was one of the most recognized and highest-income artists, but she did not usually occupy such high positions in the ranking. The American made history by obtaining this first place on the podium without giving a single concert . So almost all of their income derived from the reproductions of their songs.

2. Post Malone: ​​$ 23.2 million
Malone is the type of artist who is cut out to do big numbers: a young man dedicated to urban music, but directing it to the general public . The R&B singer was lucky enough to be able to tour just before the pandemic began, which allowed him to climb positions in this ranking.

His concert at the Pepsi Center in Denver, where he also had great industry personalities on stage, was one of the last major concerts that were offered before the health crisis. Malone managed to sell all of the tickets for this show.

3. Céline Dion: $ 17.5 million
Céline Dion is one of the most recognized artists of the last decades. His single ‘My heart will go on’, part of the Titanic soundtrack, is an inexhaustible source of income . However, the Canadian does not occupy this place for copyright.

Dion was another of the artists lucky enough to have been able to do a great tour before the coronavirus affected the whole world. The 23 concerts of his Courage World Tour allowed him to position himself in third place on the podium.

4. Eagles: $ 16.3 million
‘Hotel California’ is one of those timeless hymns that, like ‘My heart will go on’, resonates in the heads of almost anyone. In fact, a third of the income of this band was generated from the reproductions of their songs, which amounted to 744 million during 2020 .

However, again, this group had the possibility of giving a series of concerts that accounted for 11.4 million dollars of the total that entered, according to Billboard.

5. Billie Eilish: $ 14.7 million
This young American, despite being an emerging artist, has already become a pop icon of the young people of this generation. After launching into stardom in 2019 with her single ‘Bad guy’, she became one of the most listened to artists in 2020. Her songs reached 671 million views , ranking as Eilish’s main source of income during the pandemic.

In fact, the young singer was only able to give three shows of her tour, which was only a million dollars of the total obtained during this period. It should be noted that, in the same way as in Spain with Amaral, Billie Eilish is the name of both the artist and the group she forms with her brother Finneas, so this amount also includes the producer’s editorial rights.

6. Drake: $ 14.2 million
Drake has been proving himself a business genius for years , just as his predecessors from the rap world did. This intuition has allowed him to be within this ranking for many years. The Canadian rapper, songwriter, record producer and actor turned his career upside down when he left pop music to head to the world of hip hop, establishing himself as a global music star.

In fact, for the second year in a row, Drake has set the record for streaming listeners , surpassing Taylor Swift’s views by more than 3 billion . However, as Billboard points out and as it has been known after the great soap opera that she starred in, the American has much greater control over the rights of her songs, which is why she generated more revenue from reproductions than Drake, despite having a noticeable amount of listening less.

7. Queen: $ 13.2 million
No wonder that 30 years after the death of the band’s leader, Freddy Mercury, Queen continues to break revenue records . Much of the group’s repertoire will remain for posterity, such as the inimitable ‘We are the champions’, which is also played in almost all sporting finals throughout the year.

What is really interesting is that, unlike the rest of the artists in the ranking, Queen has achieved this position by selling physical records , something really surprising this time. The band’s Studio collection of limited-edition colored vinyls fetched over $ 500 per unit. To which must be added the sale of 517,000 old albums by the band. However, the group also brought in $ 5.5 million from views.

8. The Beatles: $ 12.9 million
Despite the fact that only two of the four artists who made up the band are still alive, The Beatles remain one of the most profitable groups of the moment . It is truly amazing that a band that was created in 1956 is still so relevant today.

However, it is the first time that The Beatles have managed to enter this ranking, since it is the first time that they control a large part of their royalties. The history of the copyright of this band is marked by a war in which names like Yoko Ono, Michael Jackson and, finally, Sony appeared. Much of the band’s income comes from a vinyl reissue of their old albums.

9. YoungBoy Never Broke Again: $ 11.9 million
It is one of the lesser known names on this list due to its rising star character. However, the American rapper, who became known for his independent demos, was one of the most streamed artists of 2020 .

In fact, YoungBoy ranked # 1 on the podium for most-played artists on video. This position allowed him to generate around 10 million dollars during the pandemic in terms of reproductions.

10. Lil Baby: $ 11.7 million
This young rapper rose to fame in 2017 with the release of his Perfect Timing mixtape. However, it is now, with his new album, “My Turn” that he has managed to enter the ranking of money makers , just as if he had predicted it.

Lil Baby earned $ 9.1 million from more than 6.2 billion views, plus an additional $ 2.2 million from posting revenue.