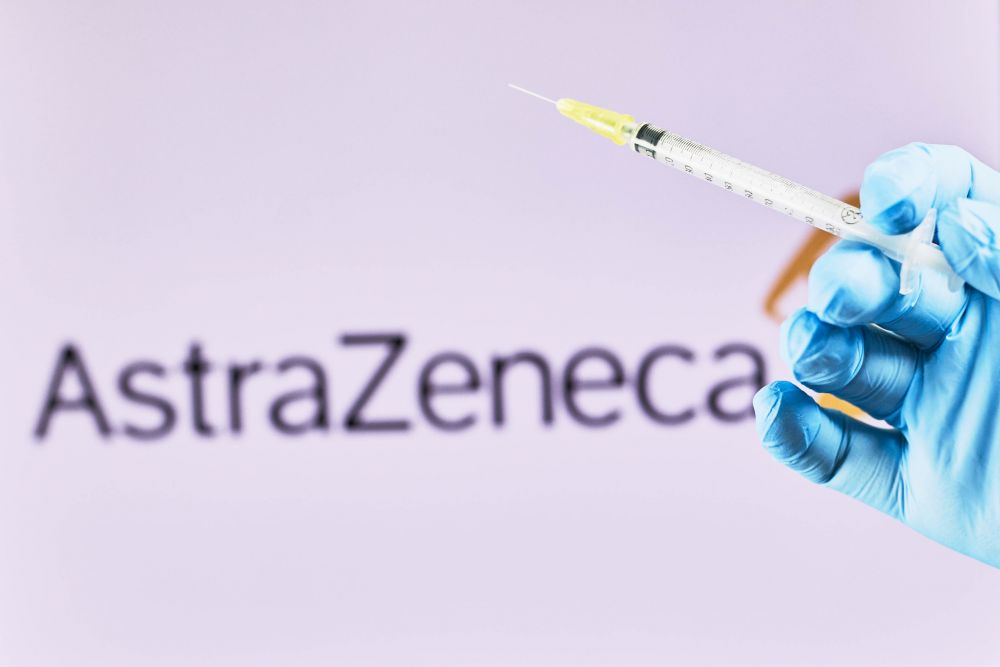 In life there are things that take away our sleep, that is undeniable. When the EU faces its biggest crisis in recent history, it has come face to face with a problem that is taking hold. And it is with a pharmacist. AstraZeneca has become a China in the shoe of the Union and the story of the bond between both parties is that of a marriage of convenience but that for the moment is not going well for either party.

Three months have served to see rudeness, disagreements, little transparency and many doubts. This is the story of why AstraZeneca and the European Union don’t get along.

Following the dates provided by the European Commission, on August 14, a first agreement was reached with the pharmaceutical company to acquire a possible vaccine against the coronavirus and to donate or transfer vaccines to other European countries and to other countries of medium or low income.

On August 27, following the formal signature between AstraZeneca and the Commission, the first contract that the Commission, on behalf of the EU Member States, has negotiated with a pharmaceutical company entered into force. That was the beginning of everything.

January 22, 2021: AstraZeneca Announces First Cuts in Deliveries to the EU … with Unapproved Vaccine
The AstraZeneca story got off on the wrong foot even before the vaccine was approved. In total, 400 million doses had been signed with the pharmaceutical company, and in January 2021 the company announced cuts in the first deliveries within a week of the EMA giving the go-ahead to the vial.

Already on January 22, the entity informed the Commission that it was going to reduce its delivery by 60% in the first quarter of the year, to 31 million doses, due to production problems.

“During the Steering Committee with the Member States on the EU Vaccine Strategy, AstraZeneca representatives announced delays in the delivery of vaccines compared to the forecast for the first quarter of this year,” the Health Commissioner explained at the time, Stella Kyriakides. The pressure from Brussels managed to start the company’s commitment to reach 40 million.

The idea was for AstraZeneca to deliver around 80 million doses by the end of March. “From the beginning the problems that were going to occur were already seen, but in the end it has been something that has become entrenched and has become more complicated,” say sources consulted for 20 minutes .

The first dose cut set off alarms at the Commission. When this happened, the EMA had already approved Pfizer and Moderna vaccines for use in the EU. Both announced delays, but they have been making up for them. Since the beginning of the talks, the 27 have asked AstraZeneca for “precision” with the calendar, but this has not arrived.

January 29, 2021 – EMA approves AstraZeneca vaccine
With the controversy flared, the approval of the vaccine arrived. The EMA gave the go-ahead to AstraZeneca’s drug, which became the third against Covid-19 approved in the European Union. That green light, in any case, was already surrounded by controversy and the health part was overshadowed by the commercial schism, which was about to get complicated.

January 29, 2021: the Commission publishes the contract with the company and the war escalates
And the most complex moment of this battle arrived. The same day that the vaccine was approved, the European Commission and AstraZeneca crossed accusations. The CEO of the pharmaceutical company, Pascal Riot, lit the fuse, who spoke that the contract with the Commission reflected “the best effort” for production, but did not speak of specific doses.

Then the community Executive took half a step forward and published the contract with the company … but it did so hiding the most relevant. In the document provided by the Commission, it was even possible to see entire pages of the contract crossed out, in theory, at the request of AstraZeneca, which seeks to defend its business interests.

The EU was right when it said that UK plants are also distributors for the bloc, so London does not take precedence over the Union, as the company implied at the time. There is no distinction. In addition, there are repeated mentions that AstraZeneca will make “the best possible effort” to fulfill the contract, as Riot put it. Of course, at the distribution level, the EU is at an advantage since it was later published that the contract had been signed before that of the United Kingdom.

March 12: AstraZeneca reports further cuts and will only deliver a third of doses through summer
After the publication of the contract, it seemed that the conflict was calming down … but nothing could be further from the truth. In mid-March AstraZeneca reported a second cut in dose delivery. “I see efforts, but not the best efforts,” the European Commissioner for the Internal Market, Thierry Breton, dared to say, urging the pharmaceutical company to “comply with what was signed.”

Despite the moves, including a mechanism to control vaccine exports, AstraZeneca remained in default. For the second quarter, the pharmaceutical company only insures 90 million doses of the 180 million agreed. It is even feared that the delivery could be only 70 million.

To this must be added the delay that AstraZeneca has already accumulated since the first quarter of the year. So far, and according to the latest figures, only 16 million doses have been delivered from the company.

Most Member States stop vaccination with AstraZeneca due to thrombi
At a strictly health level, the most delicate moment came when more than half of the EU Member States stopped vaccination with AstraZeneca due to the appearance of blood clots in some citizens who had received the vial. Spain, for example, completely paralyzed use, while other countries did so referring only to some batches.

The movement was “preventive”, but it has affected public confidence in this vaccine. For example, according to a YouGov survey, the drug as “unsafe” by 52% of Spaniards, 61% of French, 55% of Germans and 43% of Italians.

March 18: EMA reiterates that the vaccine is “safe and effective”
After five pronouncements to provide certainty, the EMA reported on March 18 that the AstraZeneca vaccine is “safe and effective.” The European Medicines Agency pointed out, of course, that it cannot ensure that the cases of thrombi are not related to the vial, but in any case the figure is irrelevant in relation to the number of people vaccinated.

With that message, the EMA urged member countries to resume vaccination. Most did so immediately, but others like Denmark maintain the standstill.

March 24: 30 million doses appear ‘hidden’ in Italy
The last chapter, for now, came for the concealment of doses. AstraZeneca hid around 30 million vaccines in a warehouse in Italy. The plant, located near Rome, accumulated all the doses, discovered during an investigation by the European Commission. In fact, part of them would have been produced by the Halix company in the Netherlands.

They could be destined for the United Kingdom, although the Italian Government later announced that they were going to Belgium. The British Executive also denied that they had anything to do with it. In any case, Commissioner Thierry Breton confirmed that the doses will remain in the EU.

The pharmacist tried to clarify what happened and assured that the doses were not “a reserve”, but that they were awaiting the “quality control” that vaccines have to pass before being delivered. Half of the total are to deliver to the EU, they add. Furthermore, it says the doses were not manufactured in the Union. The pharmaceutical company assured in a statement that it maintains its “commitment” to deliver with the European Union.

In any case, the Commission is not convinced of that version. The investigation is still open and despite the positions of the parties, the Community Executive does not dare to say if these doses were finally going to be sent to the United Kingdom or not.

That doubt remains. Where there is no question is the fact that the relationship between the European Commission and AstraZeneca is tense, conflictive, based on mistrust and even harmful. Especially for citizens who are still waiting for the vaccine. This is the only way to overcome a pandemic.