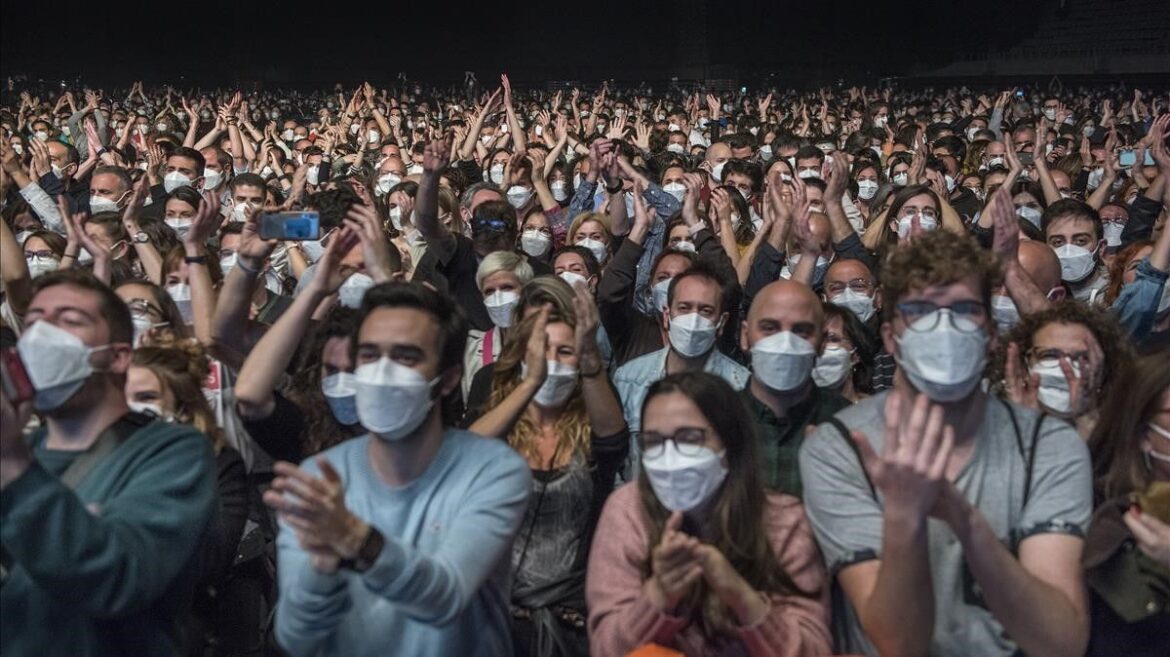 The previous screening of the massive Love of Lesbian concert at the Palau Sant Jordi detected six positives for covid-19 among the more than 5,000 attendees at the event. All of them asymptomatic, who obviously did not enter the event.

The device to perform the antigen tests began the same Saturday at 8 am and lasted until 4 pm. in the three rooms designated for it (Razzmatazz, Luz de Gas and Apolo). Also in the own Palau Sant Jordi the work for the laggards was finished. In total, more than twelve hours of concert for some. It seems unlikely to arrive 10 minutes before a large event like this.

Without incidents (the positives found fall within the logic of the device), the concert began with a delay of half an hour and lasted almost two hours. The access control was exhaustive, with temperature control included. The security measures were limited to a mandatory FFP2 mask and the division of the 5,000 spectators into three blocks (also, of course, delimited routes, reinforced ventilation …).

A shocking image from the stands of Sant Jordi after a year of social distance stuck in the retina . A powerful photo of a pioneering event (called Festivals per la Cultura Segura and promoted by a multitude of live music actors) in the West. The Reuters agency chronicle considers the event “spectacular” in its headline. Santi Balmes himself, singer of Love of Lesbian, assured from the stage that “the world is watching us .”

One of the organizers of the event as director of the Cruïlla festival, Jordi Herreruela, already in the preview of the concert shared this idea: “It is a historic day. A moment in which everyone looks at Barcelona and we recover the spirit of the Olympics.”

This Sunday the platform Festivals for Safe Culture applauded “the civic spirit and emotion” that starred in the concert . Through a statement, they celebrate that this pilot test represents “an example of unity in the live music sector, the scientific community, and administrations and sponsors committed” to seeking solutions and methodologies that allow mass concerts to be scheduled again.

An encounter, they point out, “unprecedented.” Likewise, the organization will have a scientific assessment of the event, with “conclusive data”, on April 10, when the results will be available after having been contrasted with those of the Generalitat’s Health Department. Herreruela himself assured yesterday:”If the results confirm our theories, we will have the door open when big events come back this summer . “